Humility! What more is there to say?

Humility! What more is there to say?

‘A humble view of one’s own importance.’

So, then we need to look at the word, humble, to understand that.

‘Having or showing a modest or low estimate of one’s own importance.’

I would approach humility in a totally different way, from the perspective of one who has experienced a number of spiritual processes that show us who we really are.

For example, I know that I have great spiritual ability, literally at my finger-tips. But knowing it and shouting about it are two different things.

If one is rewarded with great spiritual ability, then it can only be bestowed based upon one’s humility, and not upon one’s arrogance. Great power is only given to those who understand how to use it.

For me then, humility is absolutely knowing one’s place in the hierarchy of all that is. I am not so arrogant as to think that I know anything at all because based on my spiritual experiences, I really am at the bottom of the pile and know nothing.

My ability is being able to open myself to allow a much higher form of consciousness to work through me to help others. How could I possibly claim that this higher ability is mine? To do so would indeed incur lessons that I do not wish to experience.

Therefore, I know my place in the hierarchy and give great thanks that I can be used to bring help to humanity and the Earth.

The dictionary definition of humility doesn’t consider the two people that we are, all rolled up into one. The first is the self that we know and the second is that impostor, the ego. The spiritual journey is really about learning how the ego functions and then ensuring that you don’t allow it to rule over you, but to obey you, stand by your side and be used by you when it might be necessary.

For example, if you have to perform a public task, it is helpful to utilise some of the energy of the ego, but ensuring that it doesn’t take over. When we are weakened, such as through the use of stimulants, especially alcohol, the ego becomes more powerful and can subjugate the balance of the real you.
The ego is indeed like a separate person, an infidel; an interloper who shouts loudly to be seen and heard. A great seeker of power, a dominator or even a dictatorial aspect of consciousness. Those who speak loudly in public office are often the victims of their own ego, yet they do not realise this.

Humility is knowing who you are and being in a place of gratitude. Humility is knowing that there is an ever-present threat that the ego consciousness might at any time step forward and overpower you, making you say or do things that later you may regret.

Humility grows within you as you understand more about who we are as individuals, as a species and as a brother or sister animal to all other forms of life in this world.

Arrogance is the opposite of humility and unfortunately, it is the dominant aspect of human collective consciousness. Humans think they are better than every other form of life in this world, which is a huge mistaken belief. When you look at the animal kingdoms they are in perfect balance with their environment. When you look at humans, they work constantly to change their natural environment and in so doing lose the connection with that which supports their whole life.

Humility is understood more when you realise that we are really nothing in comparison to the greater consciousness that rules everything through a series of laws.

We are nothing if we do not even know or understand any of these laws. And we are even less until we become the laws themselves through the expansion of our consciousness.

So, for me, humility is not that I,

show a modest or low estimate of my own importance.

Humility is knowing who I am at the core of my being in the knowledge that life is eternal and I am learning to be a greater part of that great consciousness that creates our perceived reality.

That is not a great or important thing, it is just something I do because I was opened to be able to see it needed doing. I was guided in learning the way to do it. It is no more important than sweeping a floor and sweeping a floor when it is needed, is very important, so it is about the balance of doing what needs to be done.

More than anything, I have been blessed to see and experience many lessons on this path and I am honoured to be able to play a part in healing and creation. The realisation of these blessings is what allows me to stand in a place of humility.

In the Machine Room

I once had a job cleaning the steel floors of the machine room of a newspaper. It was like working below decks on a battleship. Everything was steel, the noise of the massive presses towering above us was impressive, the huge reels of paper hurtling through the presses, printing thousands of newspapers for Sunday morning was both technically clever and impressive. When a paper reel snapped, it would spew out maybe 40 metres of paper before the press could stop and someone had to gather it up from the floors before it became entangled in a press or tripped someone up. That was my job. I loved it. 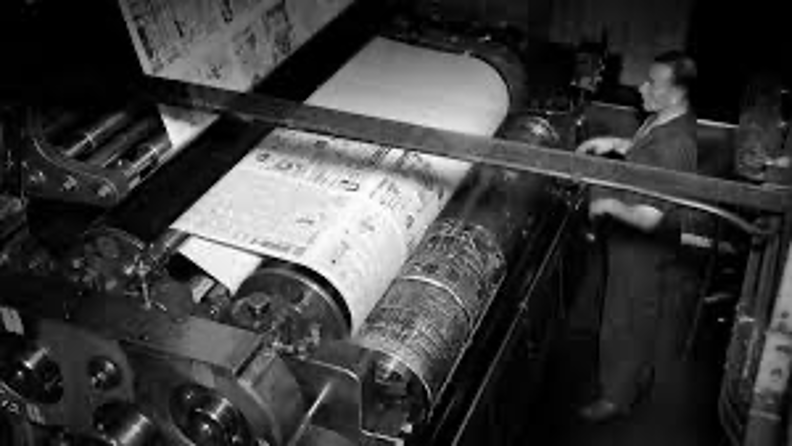 The job was called, ‘On the Floor.’ It was the most menial job in the machine room and one day someone found out that I held a Union Card equivalent to the highest position, which was a press master. I was called into the Shop Steward’s office and questioned as to why I was doing the lowest job when I should be working in the one of the higher positions. I told them that I was very grateful for the opportunity to be there for 12 hours on a Saturday night and I was also very good at keeping the press room floors clean.

From that day forward, all the press masters knew I held the same card as them and I was treated differently than before. I would receive the occasional nod as I ran up and down the gangways gathering yards of paper from the floor. I carried on with my work exactly as before. Nothing changed for me. I was still grateful for the work and I was very happy keeping the floors clean, I took a great pride in the work. But occasionally a press master would ask me to help them with a task on the press, or I would be called to one side and shown something of how the press worked.

Those days were way before my spiritual awakening, but even then, I knew when I was blessed. My work was important to the whole, but I wasn’t. Anyone could have done the job, but I was the lucky one.

That is why I always offer you, my blessings.

With my Deepest Love and Blessings.